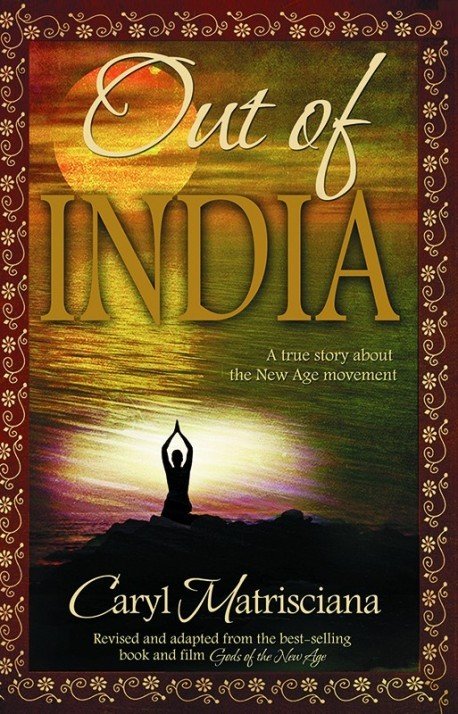 Out of India: A True Story About the New Age Movement

Out of India: A True Story About the New Age Movement - by Caryl Matrisciana

Description: Out of India is the biography of Caryl Matrisciana.

Born and raised in India, Caryl Matrisciana was surrounded by a strange and mystical religion, seeing firsthand the effects Hinduism had on the people of that nation. After leaving India as a young adult, she became involved in the counter-culture hippie movement, only to find that the elements of Hinduism and the New Age were very much the same.

Eventually, Caryl would discover that this same spirituality had entered not only the Western world but the Christian church as well, unbeknownst to most people. “When I was twenty years old, my family returned from India, where I was born and lived for most of my life, to England, our homeland. It was during the turbulent sixties, and I was about to be introduced to a movement that didn’t even have a name yet. How could I have possibly known then that the strange and mystical religion I had been surrounded by in India would someday be at the heart of a spirituality that would influence millions around the world?”

Out of India succinctly identifies the mystical religious roots behind Yoga, which is being practiced today by millions of people, many of whom are Christians. Revised and adapted from the best-selling book, Gods of the New Age.

Topics covered in this book include:

PART ONE: FROM DARKNESS INTO LIGHT 1950s -1960s
1-Bus Ride to the Future
2-India—Through a Child’s Eyes
3-Living in a Paradox
4-Milestones in Madness
5-Landing in the Butter
6-In Search of the Lost Chord
7-Love in America
8-A New Heart

PART TWO: A NEW AGE/NEW SPIRITUALITY East Comes West—1970s - 21st Century
9-The View from Beulah Hill
10-/In the Land of the Guru
11-/Two Aquarian Fairs—East and West
12-To Make Men Whole
13-Quest for the Higher Self
14-Yoga Uncoiled
15-The New (Age) Christianity

Interspirituality—the “Fruit” of Mysticism
When the Lines are Blurred
16/“The Dawning of the Age”
A Conditioning Process
Gurus of the West
Global Consciousness
The Age of Aquarius?
An Enlightened Race?
A Paradigm Shift
Counterfeits Versus the Real Thing
Endnotes
Photograph and Illustration Credits
Lyric Credits
Index

Author Bio: As co-producer of Jeremiah Films for 23 years, Caryl contributed research and expertise to more than 55 documentaries and also served as the Creative and Marketing Director. In 2002, she founded Caryl Productions which produced cutting edge video journalism and information to help discern the times in which we live. On December 2, 2016 Caryl peacefully passed from this world into Heaven to be with her Lord whom she loved and faithfully served for many years.