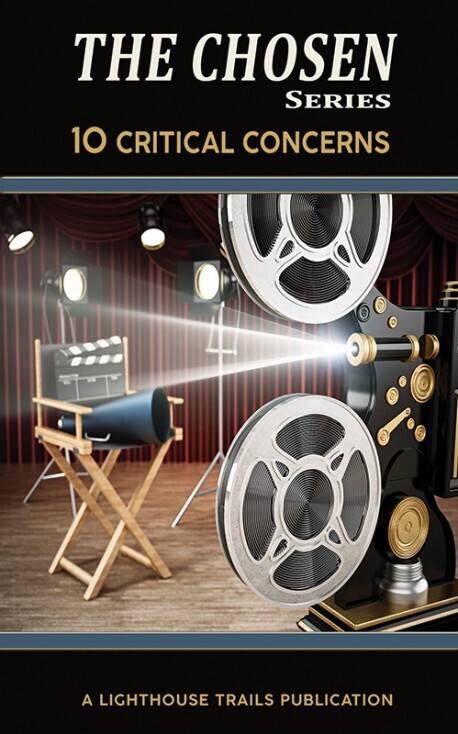 Editor’s Note: While this booklet discusses the unbiblical teachings of the Mormon church, the Catholic Church, and the New Age, we care deeply for Mormons, Catholics, and those involved in the New Age.

Be ye not unequally yoked together with unbelievers: for what fellowship hath righteousness with unrighteousness? and what communion hath light with darkness? (2 Corinthians 6:14)
The incredibly popular series The Chosen is being described as a “global phenomenon” and growing “movement” that is creating the groundwork for world “revival.” However, there are some critical concerns about this series and where it is heading. The following are ten of these concerns:
1) The Chosen and Its Mormon Influencers
2) Are the Biblical Jesus and the Mormon Jesus the Same?
3) The Chosen—“A Definitive Portrayal of God’s People”?
4) “95% of the Content Isn’t From the Bible”—Dallas Jenkins
5) Jonathan Roumie’s Spiritual Affinities and His Influence on Millions
6) Dallas Jenkins—Unequally Yoked or Equally Yoked?
7) Seduction by Fiction
8) “Get Used to Different”?
9) The Chosen—The Stage for a Worldwide “Revival” and “The Healing of the World”
10) “Never Underestimate the Enemy”
Save this product for later
Display prices in: USD