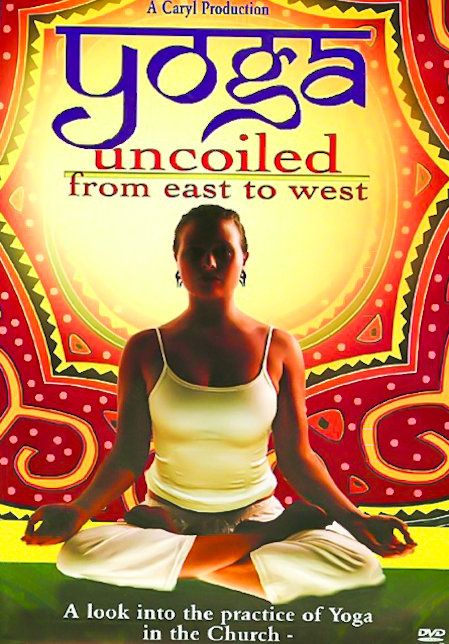 Yoga Uncoiled: From East to West - A look into the practice of Yoga in the Church (DVD)

Yoga Uncoiled: From East to West - A look into the practice of Yoga in the Church (DVD) - by Caryl Matrisciana

Description: Many believe they can practice Yoga postures, breathing, and focusing techniques devoid of its spirituality, not realizing that it is an inherent part of Hindu philosophy – which teaches man and nature are one with divinity.

Today, Yoga is experiencing a worldwide renaissance. In America there are more than 70,000 Yoga teachers working in 20,000 locations. Although viewed primarily as fitness instructors, these trainers are, in reality, the leading missionaries of Eastern religion in the West. This twenty-seven-billion-dollar-a-year industry is marketed to students, athletes, businessmen, pregnant women, and senior citizens – promising solutions for stress reduction, concentration problems, and issues of self-confidence.

Once viewed by Christians as a pagan import from the East, Yoga has now become mainstream in the church through “Christ-centered Yoga classes” designed to help improve spirituality and experience “the presence of God”. But is Yoga’s mysticism compatible with historic Christianity?

Video journalist Caryl Matrisciana, who was born and raised in India, returns to her native land to search for truth among India’s leading experts and examines what Christian Yoga practitioners in the West are saying about their participation. With critical discernment, this hard-hitting and informative DVD explores the ramifications of dismissing Yoga’s core spirituality, and blending Biblical terminology and precepts with Eastern meditative techniques and practices.

Author Bio: As co-founder and co-producer of Jeremiah Films, for 23 years Caryl contributed research and expertise to more than 55 documentaries and also served as the Creative and Marketing Director. In 2002, she founded Caryl Productions, which produces cutting-edge video journalism and information to help discern the times in which we live. Caryl passed away after a 2-year battle with cancer in 2016.

Caryl’s Story: Born and raised in India, Caryl Matrisciana was surrounded by a strange and mystical religion, seeing firsthand the effects Hinduism had on the people of that nation. After leaving India as a young adult, she became involved in the counter-culture hippie movement, only to find that the elements of Hinduism and the New Age were very much the same.

Eventually, Caryl would discover that this same spirituality had entered not only the Western world but the Christian church as well, unbeknownst to most people. “When I was twenty years old, my family returned from India, where I was born and lived for most of my life, to England, our homeland. It was during the turbulent sixties, and I was about to be introduced to a movement that didn’t even have a name yet. How could I have possibly known then that the strange and mystical religion I had been surrounded by in India would someday be at the heart of a spirituality that would influence millions around the world?”

Caryl's Book: Out of India succinctly identifies the mystical religious roots behind Yoga, which is being practiced today by millions of people, many of whom are Christians. Revised and adapted from the best-selling book, Gods of the New Age.

Amazon Review: The awkward moment where Christian fundamentalists and Hindu fundamentalists find themselves in agreement
August 7, 2016, Abhilash Nambiar (5.0 out of 5 stars)

This is the awkward moment where Christian fundamentalists and Hindu fundamentalists find themselves in agreement - "Yoga is inherently Hindu and any Christian practicing it is acculturating himself or herself into a non-Christian mindset." If this is true and this documentary will try to claim that it is, then you know why Christians shouldn't be practicing yoga. But why wouldn't Hindus want Christians to practice Yoga? Because they are afraid that the benefits of Yoga might get digested into the Christian paradigm, just like the Winter Solstice festival was digested into Christmas. Everyone likes to celebrate Christmas. No one celebrates the Winter Solstice festival which it was originally based upon. So Christians worry about the corruption of Christianity, while Hindus worry about the digestion of Hinduism.

Coming from a Hindu background, I can honestly say that this is not a mere Hindu hating smear documentary. The person who made it has lived in India for a really long time and is intelligently denouncing Hinduism. And at least in this DVD, the denunciation is for purely theological reasons. She does not say for instance that Hinduism is wrong because it causes suffering in the world, though she probably believes that. She says Hinduism is wrong because it is fundamentally different from Christianity. It is. No matter how close Hindus and Christians get to each other as people, they can never reconcile their ideologies. It will forever we a source of contention till one religion goes to extinction.